Mothers rarely like loud music anyway. Sure, at first glance, the Montreal four-man pack may seem like an unnerving bunch of long-haired hoods, but behind all the hair exist four consummate musicians, serious in their craft, their musicianship and who could be really quite presentable to your mum. Montreal-born Mikey Heppner ably guides the forces behind Priestess as lead singer, guitarist and lyricist of the band's debut Hello Master and their upcoming, long-delayed/awaited sophomore album, Prior to the Fire, out October 20th. We meet Mikey over some hair of the dog for a chat about the new album and the brain behind the guy in the front.

What were your first musical influences when you were a kid?
The first thing, really young, was Nirvana. Before that, I was into what my parents played around the house; there would be Sting playing in the house or Phil Collins. Kids my age in elementary school started getting into things like Vanilla Ice and MC Hammer. Then I saw [the video for] «Smells Like Teen Spirit» the first time it aired on Video Hits, and it was that moment that people talk about, for the first time I knew what cool was. That's how I started playing guitar. All the first tunes I played were Nirvana songs.

Who was next?
A major music milestone was the Beatles, when I was in grade 8. I made a new best friend and he was into the Beatles, I remember playing guitar and him asking me if I knew any Beatles songs. I laughed at him and was like: «I don't play any of that Mom and Dad music!» He called me crazy and put on Revolver, we listened to the whole thing and I totally freaked out. That day, the Beatles replaced Nirvana as the band that I worshipped. They really opened up everything to me. From then I really got into Jethro Tull, Pink Floyd, Yes and King Crimson and, all of the sudden, I was majorly into prog rock. All the way up until high school it was all about progressive rock for me.

So when did your love for metal start?
After high school I went to Vanier [CEGEP] to study music because, in my mind, I was to do this music program, meet music freaks that were into Zappa like me and start this crazy band. I was really disillusioned when I started going to school, it was all elevator jazz geeks! I made a really good friend at Vanier named Olivier Corbeil, who went on to be part of The Stills, he was into music like Elvis Costello and The Clash. We went and saw some punk band at Jailhouse, Midtown Animals from Vancouver. I was totally blown away. I had not yet seen a band that had such high energy like that, running around the stage. So I started writing really simple Ramones-type of songs and we started the Dropouts with two of Olivier's friends, Tim and Dave, my first real band in the city.

What happened to the Dropouts?
We broke up because The Stills were going to get serious. The Stills were always a side project of the Dropouts, but then the side project started getting popular and they moved to New York for a few months. The Dropouts for me was still kind of a joke band of fun, easy songs and I wanted to do something serious. Then I heard a Tricky Woo record. These guys sounded like Sabbath and Deep Purple and it really made me want to do it too. I put a new band together and stupidly kept the name The Dropouts for a few months until we changed to Priestess.

OK, if you could play with any artist in the world, dead or alive, who would it be?
Frank Zappa, definitely. Either with him or in his band, well I don't know if I could hack it in his band.

How about Top 3 albums of all time?
Yes' Close to the Edge and One Size Fits All by Frank Zappa. I'd put the Beatles in there but I wouldn't know which album to pick. The Beatles are a band whose albums are almost exempt from top lists, they just sit at the top. It's hard to pick three. Those two are amazing, life-changing records, records I still listen to every week.

Well, your influences are showing on your new album, Prior to the Fire. It sounds more complex, less catchy and more hashed-out than your debut, Hello Master.
We were consciously keeping it really simple on Hello Master, we wanted it to be that way. I really wanted to take our stuff to the next level and I wanted to go more progressive. I'm really happy that everyone in the band was on the same path, they really trusted me a lot. Those guys did not grow up listening to prog rock and, when you don't grow up listening to prog rock, hearing Gentle Giant for the first time is like: «What the fuck is this? Flutes?» The thing that's great is that progressive rock played loud becomes metal. There were riffs I was writing that I was sure no one in the band was going to like, it was way too proggy. I remember showing them, wondering what they were going to think and they were like: «Dude, that's heavy!» There's a lot more complicated music playing on the album because we wanted to challenge ourselves.

The lyrics you wrote for Hello Master have the classic metal themes of death, violence and relationships. Is Prior to the Fire written in the same vein?
The new trend of lyric writing I went through for the new record was writing about movies and shit that I like. Write about things you like. So there's a song about Robocop on there called «Murphy's Law.» It's my ode to Robocop, who is totally one of my heroes, it's my favourite movie of all time. It's a deep movie, emotionally. I don't pride myself on being an amazing lyricist!

This time you recorded in L.A. with recording engineer, mixer, producer David Schiffman [Avenge Sevenfold, Anti-Flag, Black Rebel Motorcycle Club], but for your debut album, you recorded in NYC with Gus Van Go and Werner F. [The Stills, The Trews, Chinatown].How did the two experiences differ?
It was two really different experiences. Schiffman is just about recording it and not fucking with it. Gus is very much a crafter, a production guy. If you listen to Hello Master, it's a really weird sounding album. It's a crafted album where everything is so tight and really produced. Whereas Schiffman's approach was no click track, no editing, no fixing anything, and everything was way simpler.

The end result is that Hello Master sounds like a studio production whereas the new album is kind of an attempt to capture what we actually sound like when we play [live], even though it's a studio album and not a live record.

Didn't Priestess have record label problems in the US?
We were dropped from RCA, but we got the best deal in the world where they let us keep the record they paid for. But the other side of that is that we lost a year. We recorded it a year ago and we had been ready to record it for almost a year before that, so it's really been a long time running. We toured Canada as soon as we finished recording and the reaction was awesome, people were pumped. It sucked though because I was telling people that it was coming out in March. 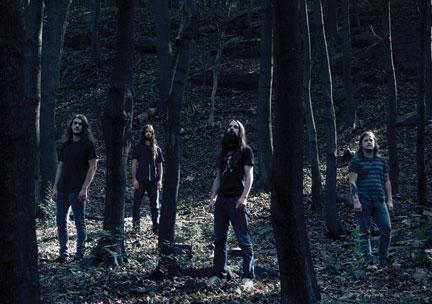 Priestess sits on this strange fence between indie and metal. How does that juxtaposition of genres work for you guys?
As far as the indie scene goes, there's a huge metal contingent. A lot of bands that we tour with, a lot of bands that we consider our peers, friends of ours, exist in an indie touring circuit with college radio. The thing with the kind of music we play is that we don't fall into the category of death metal or black metal, the really big metal scene in Montreal. I'm sure a lot of those people think we're pussies. If there's a fence we sit on it's that we're too pussy for some of the extreme metalheads and we're too heavy for the more song-oriented people.

Hello Master received a bit of airplay locally at first and then suddenly nothing, what happened?
We're not really part of their format so they were probably just playing us to throw a little local colour into their mix once in a while. We have terrible radio here in Montreal. It's amazing how much awesome music exists in Montreal with all the different scenes, new bands, collaborations, there's so much music happening and we have the worst radio in Canada. Radio does not mirror the city, we know that all too well here in Montreal. In Vancouver, Winnipeg, Alberta, Regina and the East Coast, we really got a lot of luck radio-wise and that makes a big difference.

What's the deal with metal guys? They look so hostile and ominous on stage and in person they end up being the nicest people.
Generally, they end up all being nerds. I smile a lot when I'm playing. I'm happy and I'm pumped. It's so weird on a video shoot to growl at the camera. One of our main stipulations in the videos that we're going to do for this new album is that we don't want to be in them or be playing in them. It's a really embarrassing experience miming to your song over and over again. I really haven't had a good time doing our videos and I don't like any of our videos, they're all embarrassing and dumb! 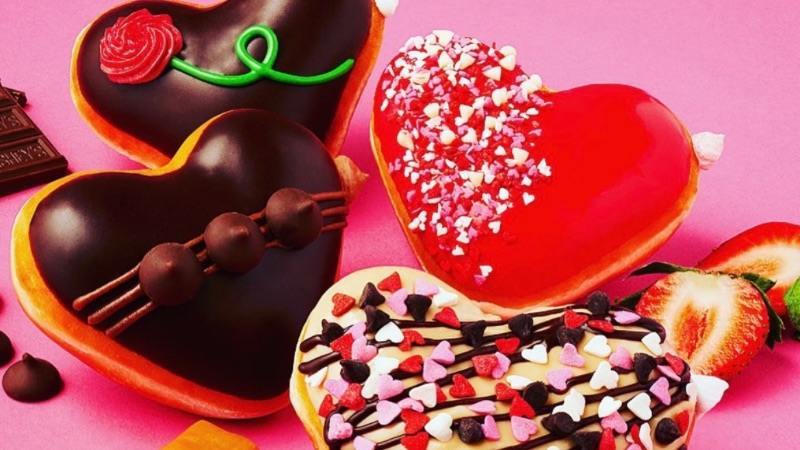 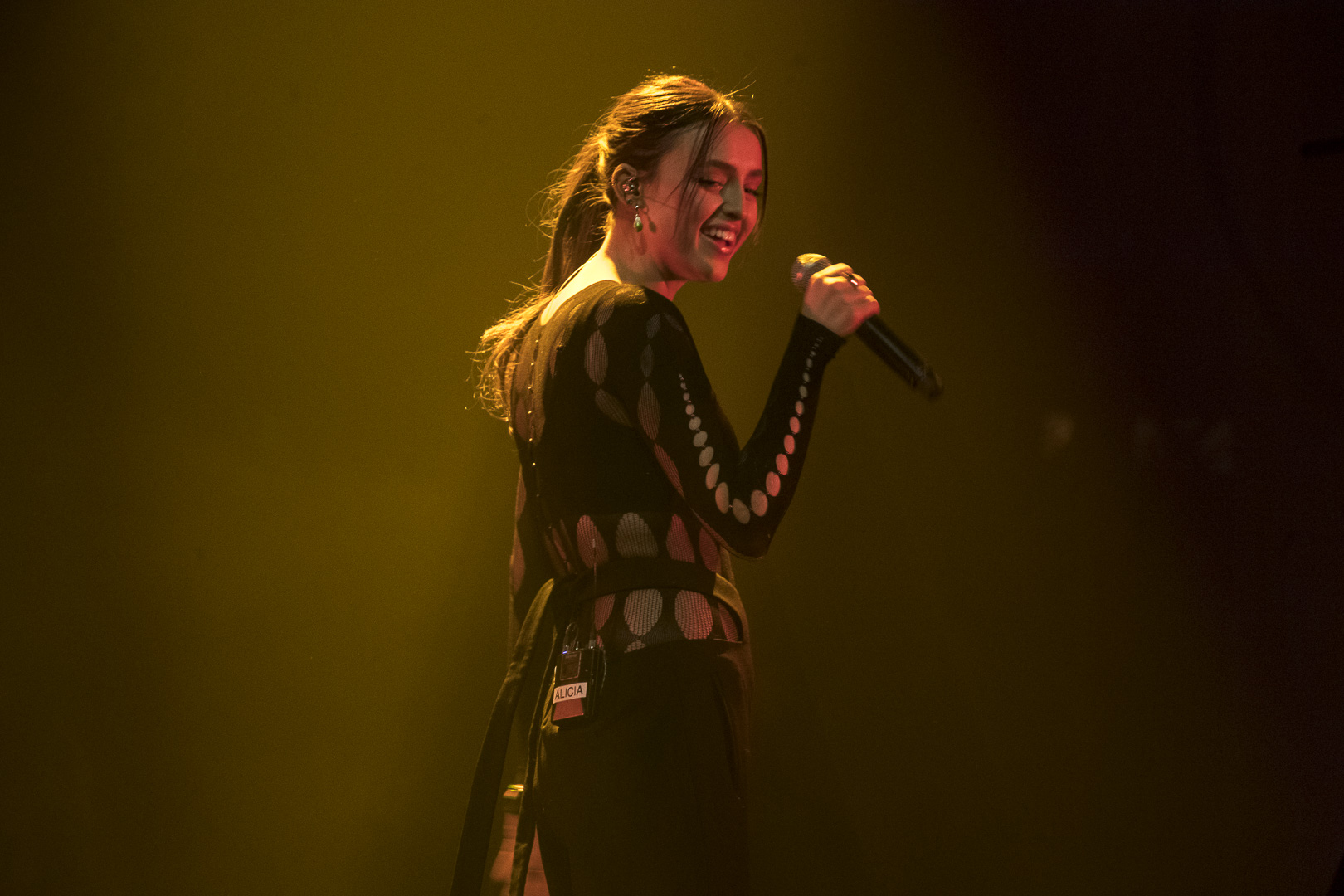