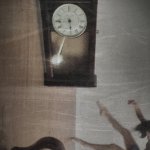 Her mouth is moving, but her words are slightly fading. Instead, my eyes are drawn to her hands that are fanning in and out, while her arms shift in quick spurts away from her torso, opening forward and outwards. Speaking with Carol Prieur is like watching a choreography, so it’s not  surprising the dancer with Compagnie Marie Chouinard is as expressive in casual conversation as she is on stage. She’s talking about communication, one of the major reasons she got into dance.

Prieur was 19 the first time she saw the Compagnie Marie Chouinard perform its first group piece, the mysterious Les Trous de Ciel. “I knew right away that I connected energetically to the work. I understood it on an unconscious level. It just spoke. It just entered my body,” recounts the long-time company dancer. “I could relate to the world that she had created. I understood the language.” Although she was very impressed after having seen that show, it was only by force that she tried out for the company when her friend ‘dragged her’ to the audition. Then, less than a year later, she signed a full-time contract.


“There was such a vastness of possibility that existed within the world of dance and that creative mix of the research of the mind, body and emotion, the intelligence and pure physicality. On an energetic level there is something that is shared… It just made sense for me. It just sort of happened, and it felt right. It was something I knew I had to keep doing.”

Apart from this year being a big one (Prieur celebrated her 15th year with Chouinard,) she also earned the distinction of being named Dancer of the Year by the influential German dance monthly Tanz Magazine. When she first heard of the news via email while teaching in Brazil this past summer, she laughed because she thought it was spam.

Through the years with the company, Prieur has performed in a multitude of Chouinard’s works, like the memorable retrospective of choreographic shorts Les Solos 1978-1998, and Mouvements, an evening featuring Prieur and the works of Belgian painter and poet Henri Michaux. You’d never guess this petite woman dressed in a casual V-neck and baggy sweat pants is the wide-eyed, ferocious performer whose tongue rapidly flicks in and out between heavy breathing and hissing in Chouinard’s experimental film Cantique n°1, a choreography for face and voice.

Her latest creation, the one-act ballet THE GOLDEN MEAN (LIVE) – commissioned by the Vancouver 2010 Cultural Olympiad – sadly won’t be stopping in Montreal until next fall.  Prieur says she adores performing the work because the dancers are given an unprecedented amount of freedom. “It’s new for us and we are still understanding where it will go.”

But until December 11, you can catch this dance virtuoso in the Coleman Lemieux & Compagnie show Hymn to the Universe, which showcases the legendary Sun Ra Arkestra. Prieur describes it as a musical celebration, accompanied by choreographic vignettes. For Prieur, working with different choreographers is nourishing. “It helps enrich all the work I am doing and helps the work I do within the company. For me, it’s the connection with different people that enables that creative exchange.” 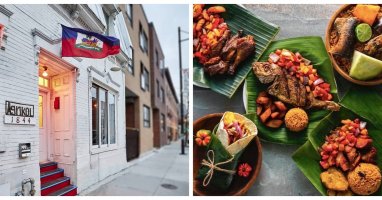