Cinema Politica: How a Montreal grassroots documentary initiative is making a global impact

When Ezra Winton launched a humble film screening initiative in B.C. in 2001 and soon relocated to Montreal, he had no idea the massive chain reaction this Concordia-based project would have across the globe. Ten years, 50 Canadian and 25 international chapters later, one thing is clear: people, and especially students, are hungry for political, socially engaging, informative and, of course always electrifying, independent documentary films. And what better way to get topics and filmmakers underrepresented in mainstream cinema to the people than through 'give-what-you-can' screenings, Q & A sessions with directors and activists, provincial and national premiers and direct audience input on programming and awards?

I spoke with Winton, who remains the driving force behind the majority of programming for the now massive international network begun as his brainchild and Svetla Turnin, Executive Director and Network Coordinator, about Cinema Politica's history, mandate, future expectations and more.


What was the basis for forming Cinema Politica?
Svetla Turnin: The decision to start Cinema Politica is based on three main pillars. These are diversity and access, connectivity and engagement. Diversity and access, of course, we’re talking about showing films that are about issues and stories that are underrepresented in the mainstream media and in commercial theaters, as well as supporting the work of independent artists. Even though there is a good amount of support for independent documentary filmmakers in , there is increasingly less and less access for their work, so we felt a need for a space where those works could be exhibited.

The second pillar is connectivity, whereby we are striving to connect audiences to art and activism, to independent filmmakers and, of course, to local organizers who are working on the issues discussed in the films.

The last premise is engagement. We do not believe in cinema just as a passive tool or a passive activity where one goes to consume and nothing’s left behind, but rather as an active process whereby audiences can engage in discussion and debate with filmmakers and local organizers. It’s not just about showing political films, it’s also hopefully engaging audiences, inspiring them and providing a venue where they can meet people and hopefully get involved.

The Price of Sugar, screened February 2008 at Cinema Politica Concordia

Does Cinema Politica ever run into censorship issues, or problems securing rights to particularly controversial films?
ST: Uhhh, well, that’s a touchy topic. Some of our locals have definitely had problems with one particular issue: the Israeli-Palestinian conflict. This is an issue that has reoccurringly been a very hard one to deal with because of the very heated debate around the issue. We’ve occasionally had to hire security for certain screenings and we’ve even had locals banned from their venues.

We screened, of course, The Coca-Cola Case and we received an intimidating letter from the lawyers of Coca-Cola, basically trying to scare us away from screening the film. The film shows union workers in Coca-Cola factories and talks about the murders of union leaders and Coca-Cola’s implication into those murders. And we also showed a film called The Price of Sugar about a wealthy family that exploits Haitian workers in their sugar plantations in the Dominican Republic. We got a legal letter from the family’s lawyers. Of course, those were just scare tactics and we did not fall for them. We actually used them in our favour. We went public in both cases about the letters we were receiving and did not stop screening them.

Are there any particular themes, or types of films that Cinema Politica's chapters all screen together?
Ezra Winton: We program campaign films for the network. Campaign films are meant to link up with current political campaigns or issues that transcend the local and are national or global in scope. Currently circulating is You Don’t Like the Truth: Four Days Inside Guantánamo. The Omar Kadr case and the campaign to repatriate him is obviously not confined to one community.

How do you choose what films will be shown?
EW: We try to select films that are going to offer a range across a few different spectrums. A range of different political issues, a cultural range: films about different cultures, films by people from different cultures. We’re pretty determined to have a diversity of representation of our artists.

It’s important that underrepresented stories, but also storytellers are present in our programming selection and also, we’re very much aware of gender when we program and it does take a concerted effort to at least try to move towards some kind of parity and that’s because the male directors tend to get pushed to the forefront in the industry and by the media and on the festival circuit. That’s changing, mind you, but it’s not changing overnight.

With increasing funding and global reach, are you able to secure rights to more recent and bigger name films?
ST: We have a number of Quebec premieres, per season, and we even manage to screen some Canadian premieres in our flagship at Concordia. One of them was Blood in the Mobile, for example, a film that we screened in January that we managed to get the premiere of and that’s doing extremely well all over the world in festivals right now. It’s a film about blood minerals in the Congo and the connection between mining, war and our mobile phones.

What does the future hold for Cinema Politica?
EW: One hope is that we continue to grow, but we do so sustainably. That growth can only be sustained through funding and we’re very grateful for the funding that we do receive from the Canada Council for the Arts and from the Quebec Arts Council.

ST: And, of course, from audiences. We definitely rely on our audiences and at our screenings they have always been very generous, even having helped as much as 2,000 dollars at fundraisers in a single night with all of our proceeds going toward various global relief efforts and local causes.

Svetla Turnin (far left) and Ezra Winton (at very back) with the Cinema Politica Concordia volunteers and employees and Yes Men pranksters Andy and Mike (at table). [Photo: Thanh Pham]

Cinema Politica will be launching their new website, accompanied by a fundraiser with music, cheap drinks and, of course, plenty of talk about documentary film and social activism.
April 1 at 8 p.m.
CTRL Lab | 3634, Saint-Laurent | cinemapolitica.org 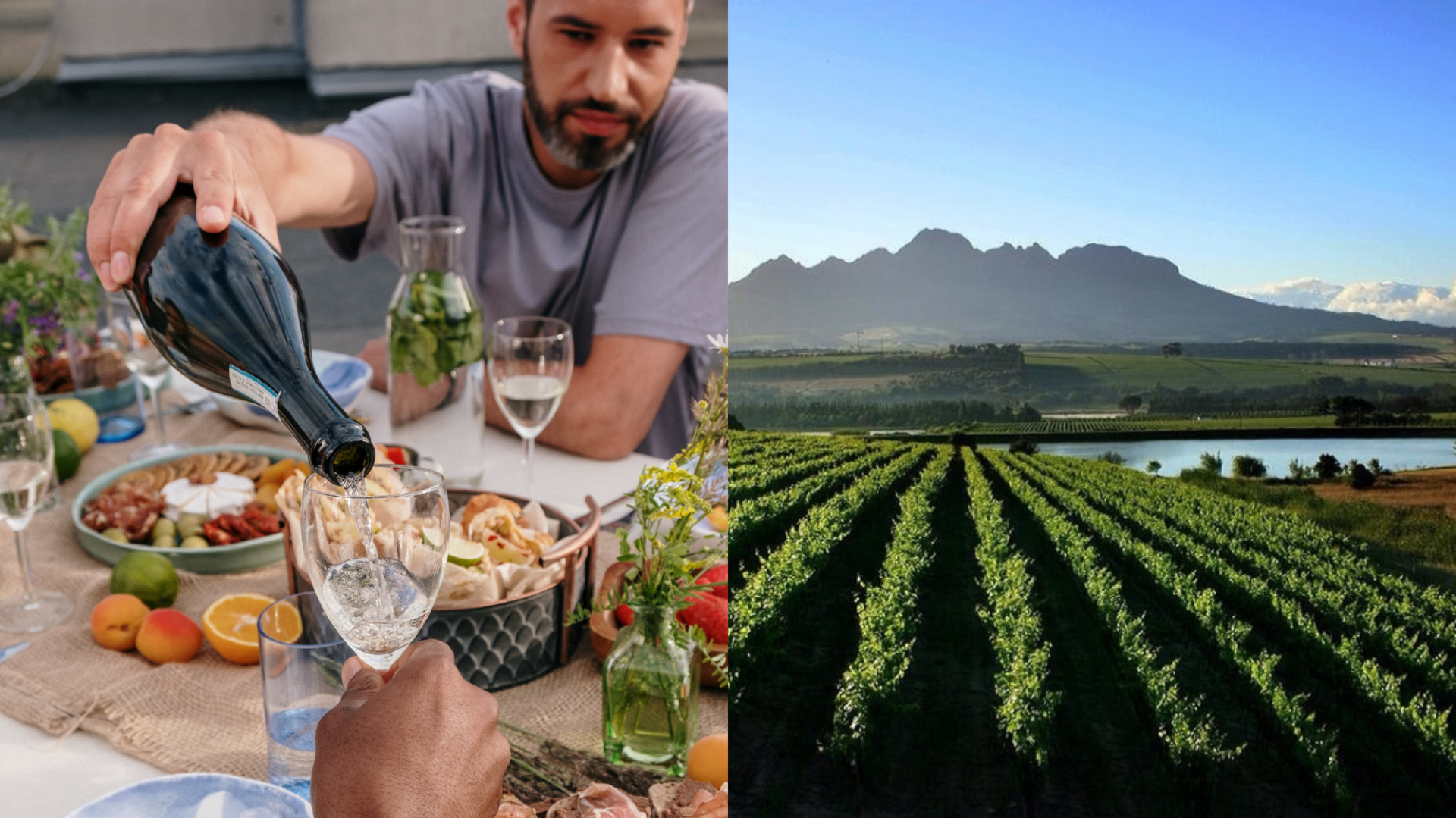 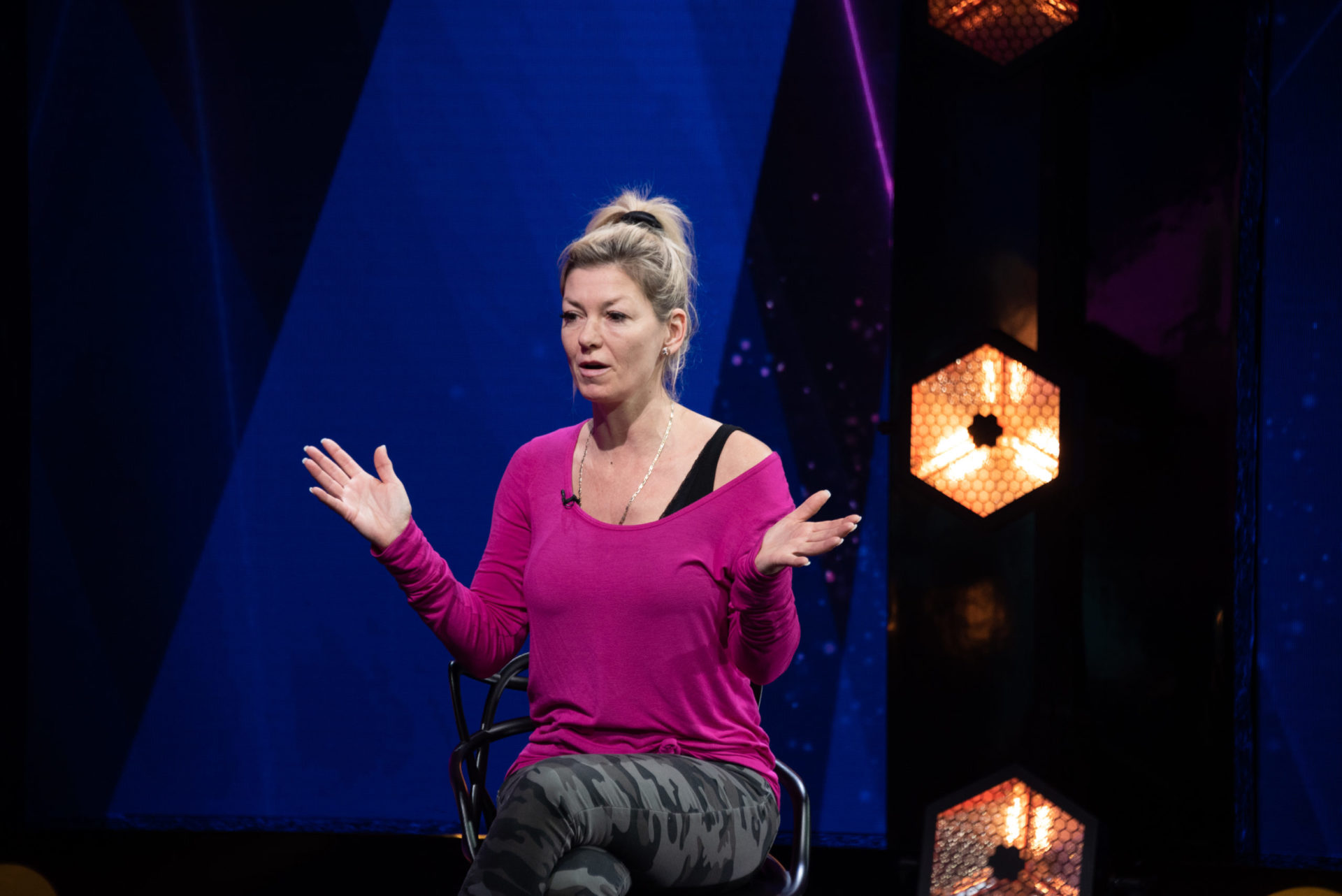