The world of illustration is for many of us an unknown realm. Unlike filmmakers or photographers, illustrators are still too often relegated to the underground. For almost thirty years now, Pol Turgeon has devoted his life to the images that live inside his head. Whether working on commission or for the pure pleasure of drawing, his eccentric and creative style has awarded him more than a hundred prizes internationally.

Meeting a man with such striking talent, it’s quite humbling to notice his utter lack of pretense. Pol has finally decided to assemble all his favourite work – ranging from sculptures and images to a book that outlines his trajectory – and exhibit it all at the Maison de la Culture du Plateau Mont-Royal this coming June.

An artist, a signature
A joyful Turgeon leans back in his chair, chuckling freely at his own comments and telling me that “people are attracted to artists with a unique vision. When I work under commissions, sometimes I am asked to do what was already seen yesterday and I try really hard. But when I have an adventurous client, that's when I can truly explore and let go.” He believes there are no limits when it comes to art. Pol is his own harshest critic and the best part of doing what he does, he says, is when he surprises himself.  “My best pieces are always when I let my imagination flow and once they are done, I stop and say: “Wow, where did that come from!?”

Having taught at UQAM for many years, he is endlessly bedazzled by what his students have to say and what they can teach him. With a mind like a sponge and eyes that stare attentively, he keeps soaking in all kinds of ideas that allow him to evolve. “One of the only things that keeps coming back in my pictures is mechanics. They have become my signature, but I can’t explain why. Maybe it is because my father was an engineer, because I am not ruled by rationality”.

As a French Canadian, he believes himself to be a product of Catholicism  - more precisely, a response to it as well as a celebration of it. Trying to make sense of the spiritual teachings of religion, Turgeon felt the need to draw and invite new creatures and fantasies into this creative realm.

Thriving on the international scene
While he loves Montreal and is happy to be exhibiting his work in Quebec, most of Pol’s success has taken place abroad. Being the only Quebecois to have his work exhibited at the Society of Illustrators in New York, Turgeon’s work has gained much more attention in the international arena. But this has not kept him from dabbling in other creative spheres. One of the best examples would be the contemporary dance show (and experimental film) Quarantaine, for which he created a series of portraits of the dancers that were projected at SAT and included in the film.

Although Pol recognizes that he is not that well known in the Montreal art scene and that his style may not appear as contemporary as some of his fellow artists, he stays true to his vision and is open to new challenges. Unlike artists who try and limit themselves to what they’re good at, he has shown to be quite fond of dabbling with myriad art forms. Whether it be sculpture or the digital arts, he believes any medium can offer a great tribune through which to express himself. “I think every door must be opened,” he says with vibrant optimism. 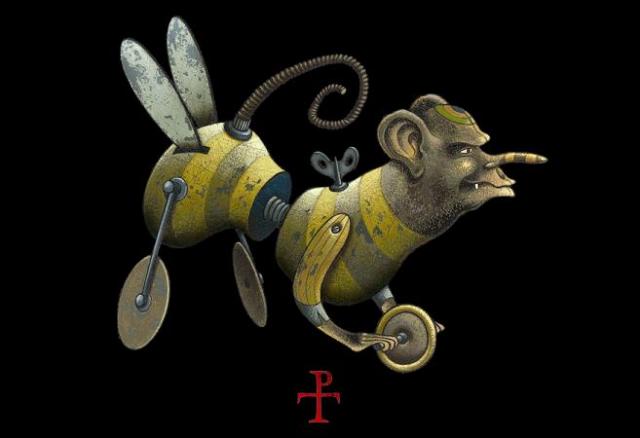 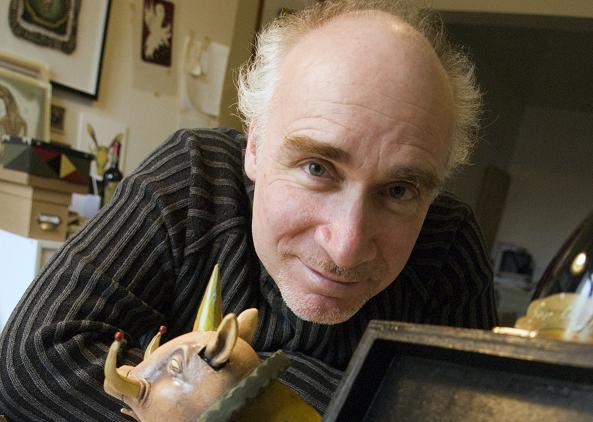 Photo by Nathalie St. Pierre
Time-tested techniques, young mind
Even though it might sound cliché, Pol tells me that the best advice he has been given is to always stay positive and not take oneself too seriously. “The most important thing one has to do is to be able to step back for a moment, look at your work and enjoy it. I used to be too hard on myself, until I discovered I could be like a child again and rid myself of judgment,” he suggests. “One has to strip down one’s thoughts and expose them,” he claims.

After spending most of his life doing illustration, Turgeon still welcomes criticism. “I don’t care if it bothers you, at least it evoked something in you,” he argues, in defense of reviews. To him, there is nothing worse than not being able to reach through and connect to a viewer. “There is this cow I once drew with a woman’s body that always seems to insult my female spectators. But I only painted it because I was supposed to draw a cow for a company, and in French the word cow is a female word. So I drew its body like that, with no other intent. But sometimes it is misinterpreted. But I still like it.”

Turgeon has a series of projects on the go and, boosted both by fans and detractors, he continues to feed his fertile imagination by producing anthropomorphic creatures. He's not afraid of journeying wherever his idiosyncracies may take him. 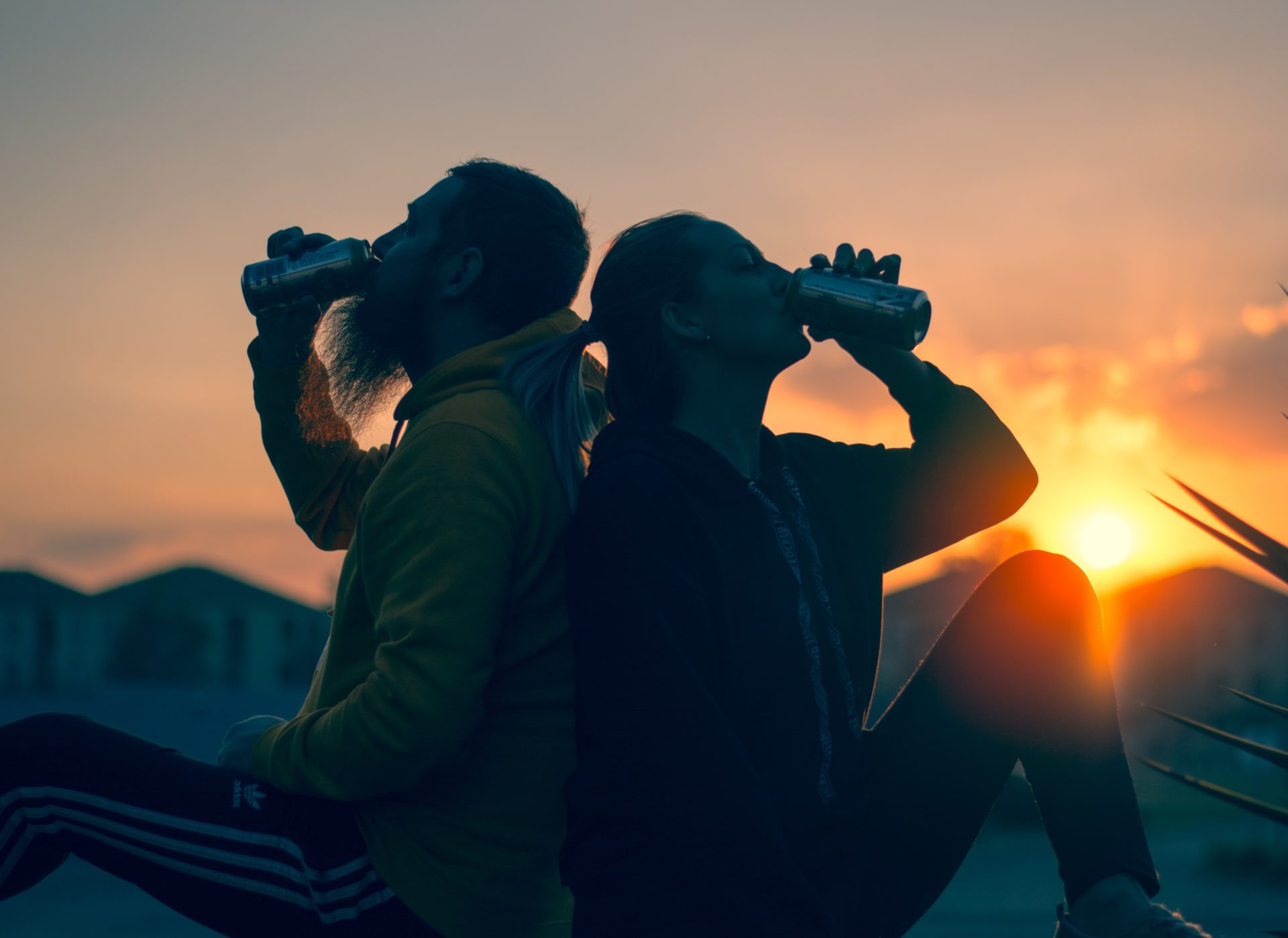 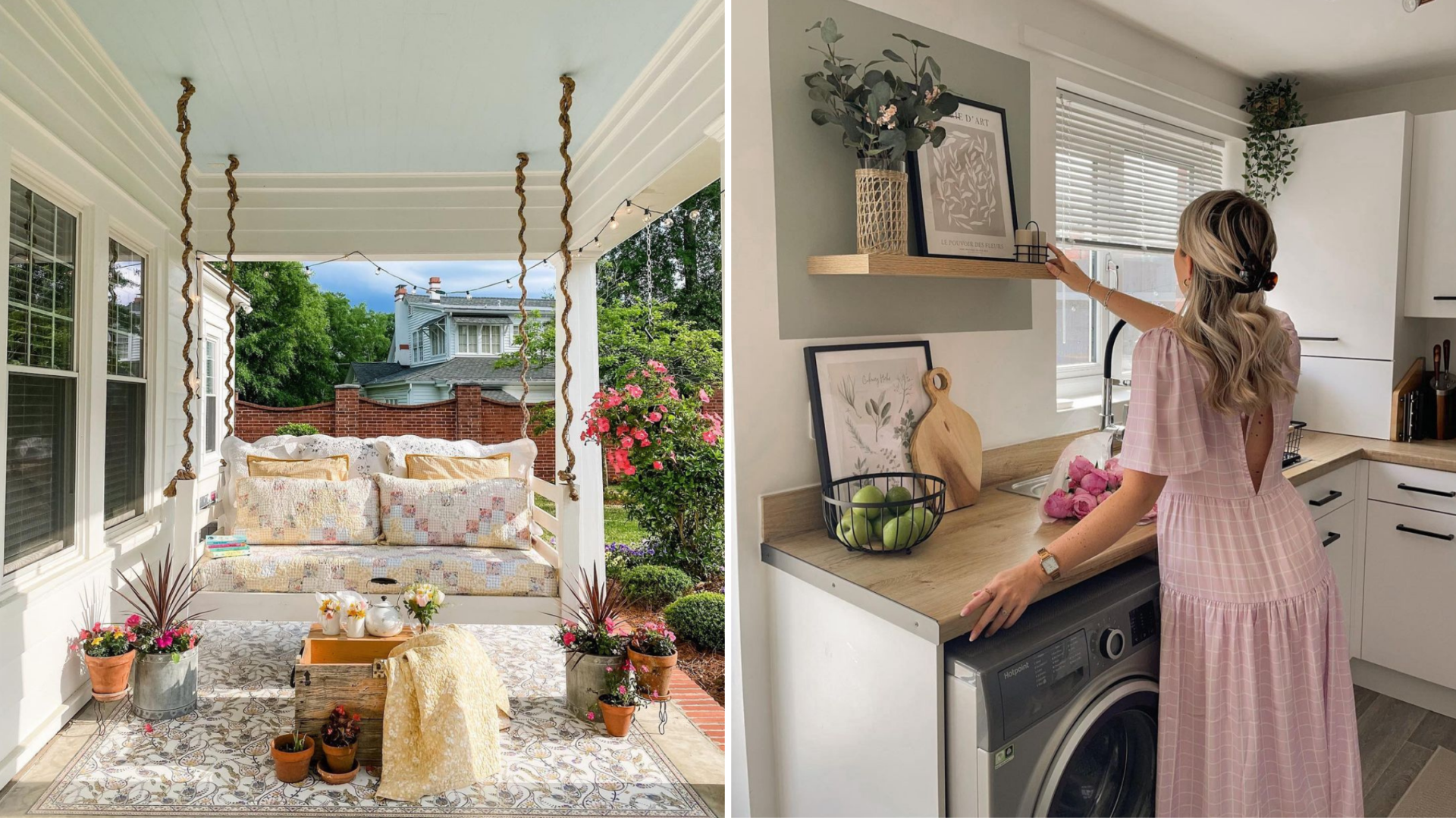