Schools are wrapping up for the semester, holiday shoppers are frantically checking off both their naughty and nice lists, and scattered flurries are portents of storms to come. Once again, we’re coming to the finale of a year, and stockpiling booze to ring in the new one. For the occasion, here’s a list of ten people, groups, or events that popped up on our queer radar in 2011. The folks on this list inhabit Montreal, Toronto, and Guelph, though there’s a wild card thrown into the mix for good measure.

The multidisciplinary anti-homophobia public speaker and arts educator Vivek Shraya had a busy 2011. In May, the Lambda Literary Awards selected his book God Loves Hair as a finalist. His literary debut, God Loves Hair is a collection of Shraya’s poignant stories about a child dealing with sexuality, gender, racial politics, religion, and belonging, as illustrated by award-winning artist Juliana Neufeld. After embarking on a book tour across the US, Shraya stopped in at the Concordia Community Co-op Bookstore as part of the (Not-so-local) Local Legends Reading Series. On November 11, 2011, Shraya released an EP entitled 1:1, his fifth recording. In addition, his first short film, Seeking Single White Male, which he describes as “a study of a brown body in (queer) white spaces,” screened at festivals throughout the year.

Formerly Gardens of Heat, a four-piece all-female queer rock band now known as Ledges, Blast is carving their own musical lineage, one epic-moody-crunchy riff at a time. With Pamela Dwyer on guitars and vocals, Anne Gauthier on drums, Sheena Hoszko on bass and vocals, and Cherie Pyne on guitars and vocals, Ledges, Blast released their first EP at the end of June, called I Know You’re out There in the Long Light. The six tracks encompass a sonic palate that is at once ethereal and sombre, a heavy whirring growl tinged with an ephemeral soundscape. With nods to riot girrrl and Neil Young, Ledges, Blast’s touring schedule brought them to Ladyfest Boston, and they’ve since shared bills with Kim Gordon, Thurston Moore, and U.S. Girls.


Be it poetry, fiction, or essays, there are twenty-one books that bear the name of Dionne Brand. Regardless of the form it takes, Brand’s writing often explores issues of gender, race, and diasporic communities. She is also the director of four documentaries at the National Film Board of Canada, and is currently teaching at the University of Guelph. While Toronto appointed Brand as its poet laureate in 2009, the writer’s poetry received some intense literary limelight this year. On June 1, Brand received the 2011 Griffin Poetry Prize for her long poem Ossuaries, her first collection of poetry in four years. While the award certainly brings Brand some critical acclaim, it’s also a nice chunk of cash. Founded in 2000 by Scott Griffin and titans such as Margaret Atwood and Michael Ondaatje, the Griffin Poetry Prize is the most generous poetry award in the country.


At some point between being associate editor at Indie Wire, a contributor to Exclaim and Variety, and a jury member for film festivals in Copenhagen and Reykjavik, Torontonian Peter Knegt wrote a book about the history of queer rights in Canada. The book, entitled About Canada: Queer Rights, is from the good folks at Fernwood Publishing. Meant as a sort of foundational or introductory manual to queer history, it’s an accessible and informative read, replete with resources and an extensive bibliography. With the release of the book, Knegt found himself on the cover of Xtra, as well as in the pages of 2B Magazine and the Montreal Mirror. In September, the author popped in to Drawn & Quarterly to launch his book to a packed house.

Sarah Bernard is a DJ, singer, and musician who is bound to get the bodies bouncing. Though she began spinning dancehall and hip-hop in Haiti under the name of XploZion, she moved to Montreal in 2006 and penned the performance moniker The Salivation Army. The “about” portion of her Facebook page states: dancefloor | dancehall QUEEN. Melding electroclash, pop, reggae, bootybass and cumbia, The Salivation Army brings her unique party politic to clubs and events such as Queers Pump This!, Ho-Movember DJ-a-thon, POMPe, and Faggity Ass Fridays. Also adept at singing, playing the guitar and piano, she’s in the midst of prepping her self-released EP Preservation.


Jordan Arseneault is in the news as of late because of his vocal, insightful, and incisive arguments against Bill C-10, alongside the grassroots efforts and media campaign of It Could Get Worse. However, this past year, the former co-organizer of Pervers/Cité also played host to a variety of events, including a Meow Mix and the Les Faussaires auction at articule, as well as hosting and programming a fundraiser for Project 10. When he isn’t entertaining the masses, Arseneault is the enterprising editor of 2B Magazine, a publication that continues to nurture queer culture in Montreal and Ottawa. Furthermore, along with Entre Elles and Être, 2B is part of RG, who at the age of thirty, is the oldest continuously published LGBT monthly in Canada.

A visual artist working in performance, intervention, video, and photography + a powerhouse on the roller derby rink + a community-minded entrepreneur = Val Desjardins. While the Montrealer is busy because of the many reasons mentioned above, her indelible mark on 2011 is the fact that she’s the artistic director of the Royal Phoenix Bar, one of the most thriving queer spots in the city. The Royal Phoenix, which opened on June 17, defines itself through its versatility. It’s a bar, a restaurant, a dance club, a show venue, and most recently, a Sunday brunch destination. Where else can you go for Lipster Karaoke nights, Rough Diamond Collective queer hip-hop dance parties, and a deep-fried chocolate bar with ice cream?


One of the terms that 2Fik uses to describe his photography work is “photo-soap-opera.” Toying with the idea of being “lost in translation” amidst his three cultures of Canadian, French, and Moroccan, 2Fik embodies the entire cast of characters that inhabit his photographic world. In fact, if you visit the artist’s website, you can browse the roster of personalities that he molds from life experiences. Aside from having an exhibit at The Invisible Dog in NYC, Montreal’s 2011 Nuit Blanche featured his video installation The Last Judgement. 2Fik performed in this season’s OFFTA Festival, while gracing the cover of the festival’s program. The image is striking: a close-up of 2Fik’s face, his head enveloped in chainmail covered in vibrant bits of colourful chewed gum.

9. Coming After at The Power Plant 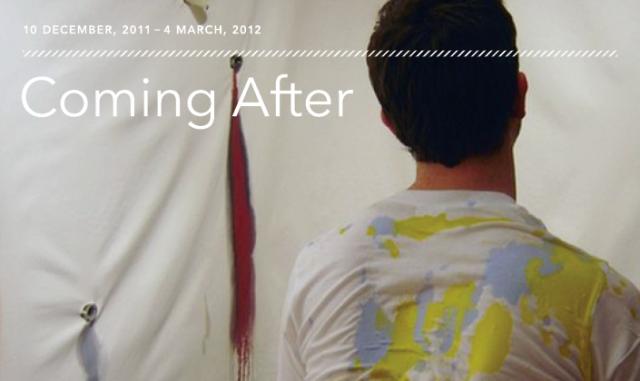 Opening in the tail end of 2011 and continuing on into 2012 is The Power Plant’s group exhibition called Coming After. The exhibit, which touches on the idea of queer time, kicks off on December 10 and stays up until March 4 at the Toronto gallery. Most of the artists in the show were born in the 70s or later, and their work deals with a queer sensibility that is not marred in consumerism, matrimonial politics, or military dreams. Instead, Coming After deals largely with the time frame between the late 80s and early 90s, wherein “queer” identity and theory flourished in the face of the AIDS epidemic. Currated by Jon Davies, the exhibition features work from artists such as Benny Nemerofsky Ramsay, Aleesa Cohene, Onya Hogan-Finlay, and Jonathan VanDyke.


I admit, a blurb about the British band is a bit of a personal tangent, so forgive me. Nonetheless, Portishead’s first show in Montreal in thirteen years was a key highlight of my year, as I’m sure it was for many people. Playing songs from all three of their records, Portishead’s set awed the outdoor crowd at the Quai Jacques-Cartier. Beth Gibbons stood almost motionless in front of the mic; of course, with a voice like that, Gibbons doesn’t need acrobatics to keep an audience’s rapt attention. Instead, with a clarity that is potent in its vulnerability, Gibbons’ live vocals exuded an otherworldly presence that surpassed her recordings. Her voice elicited tears and shivers, even with songs that weren’t particularly morose. Simple visuals backed the band; live-feed views of the stage filtered through digital manipulation, or ghostly footage of endless hallways, dead bees, and urban sprawl. As a fiery sun ascended the screen during the final bars of "Machine Gun," the night sky lit up with the roving light beams from Rafael Lozano-Hemmer luminous piece at the Musée d’art contemporain de Montréal. When Gibbons sang a slowed-down version of "Wandering Star," accompanied only by minimal instrumentation, her  face consumed by shadows, the moment pulsed with transcendence. 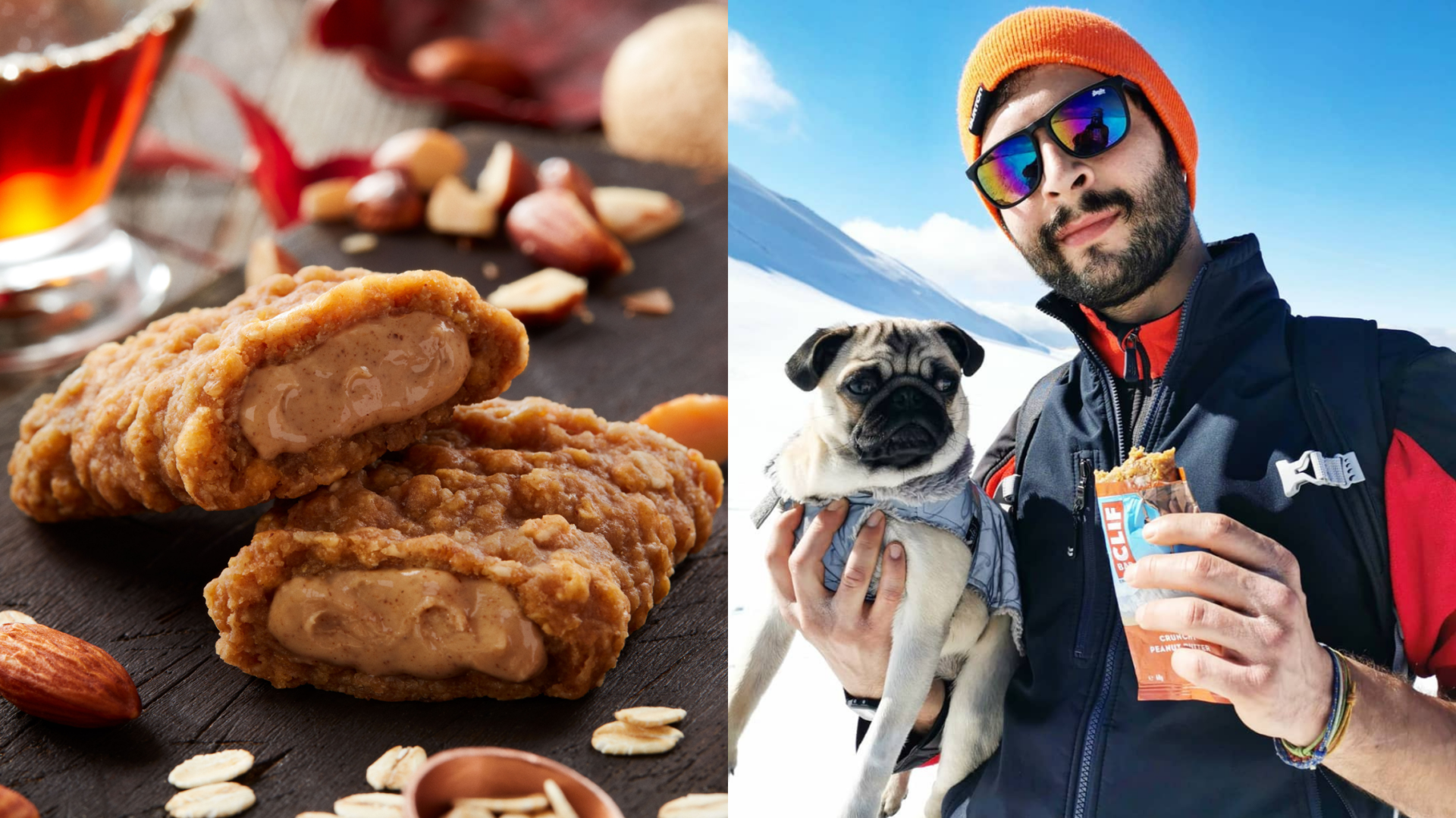 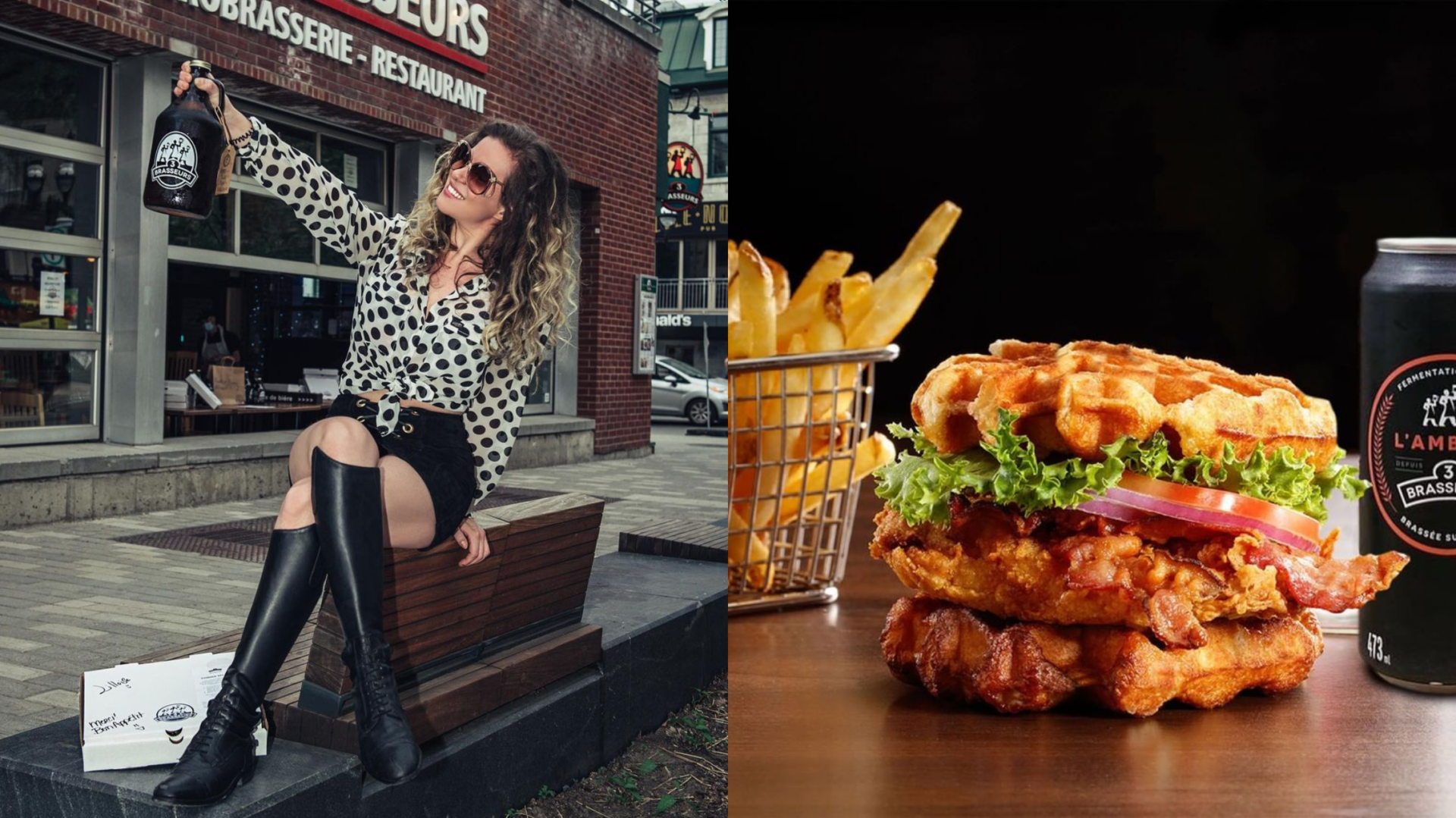