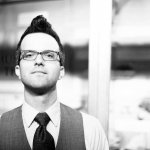 This year, Montreal’s renowned LGBT film festival image+nation turns 25. Bringing stellar queer imagery to the big screen for a quarter of a century is, of course, no small feat—it is a benchmark deserving celebration. As always, Katharine Setzer and Charlie Boudreau, the team behind image+nation, have curated a remarkable festival line-up filled with feature-length narratives, documentaries, and shorts. Though the festival’s website features an extensive user-friendly digital catalogue/program you should definitely check out, here’s some buzz about five movies that are particularly noteworthy.


What began as a short film, Pariah eventually evolved into writer and director Dee Rees’ beautiful feature-length debut. Set in Brooklyn, the story follows 17-year-old Alike (played by Adepero Oduye), an African-American woman living at home with her mother, father, and younger sister. While navigating the restraints of the gender binary and defying her mother’s rule with adolescent defiance, Alike’s ascent into adulthood is wracked with conflicting desires and butch/femme dichotomies. Rees produces a coming-of-age film about a young woman seeking to define herself that is innovative, earnest, and sensual. With an executive producer credit going to Spike Lee, Pariah is part of image+nation’s big opening screening.


Director and author Virginie Despentes is many things, but bland is not one of them. Her controversial directorial debut Baise-Moi was a graphic spree of sex, violence, and righteous vigilante justice. King Kong Theory, her collection of essays, is a brilliant outcast tinderbox of dissent. Now, Despentes returns to the camera with her new film Bye Bye Blondie—based on her novel of the same name. The film moves back and forth in time; we see punk rock adolescent lesbian love blooming between Frances (Clara Ponsot) and Gloria (Soko), and then we see the same women reconnecting decades later (played by Emmanuelle Béart and Béatrice Dalle), struggling to find that same calibre of passion. While the film certainly evades the brutality inherent to Baise-Moi, Bye Bye Blondie carries the emotional intensity of two women looking for something that may no longer exist. The film’s soundtrack is quite fitting, with tunes from Siouxsie and the Banshees, Bérurier Noir, and the singular Lydia Lunch, who also has a film credit as “La chanteuse.”

I Want Your Love


I must admit, one of the perks of a great queer film festival is the cruising vibe that arises when there’s the promise of skin on screen. I Want Your Love provides plenty of flesh, along with fresh dialogue and verité performances. After filming a web series about the sex lives of real couples, director Travis Mathews found porn titans NakedSword knocking on his door. The ensuing collaboration produced a short called I Want Your Love, which caused many trouser tents when it first appeared online—the clip depicted two hairy dudes talking, laughing, and having candid sex. Now, Travis returns with a full-length movie about a young man facing his last night in San Francisco before moving back home to his family in Ohio. Everything centers on the impending departure and an extravagant going-away party. I Want Your Love leans into the pornographic realm without resorting to the clinical and obsessively documented penetration shots that are inherent to the genre. Nonetheless, the various sex acts depicted are fun and look like the real deal, bodily fluids and all.


After winning the Grand Golden Rail Award for Best Feature at Cannes, Hors les murs is sure to receive glowing reviews at image+nation. Directed by Belgian screenwriter David Lambert, Hors les murs is about devotion and metamorphosis. After a booze-fueled evening results in a platonic sleepover between two musicians, Ilir and Paolo take things to the next level: a one-night stand. Suddenly, due to circumstances beyond Paolo’s control, he’s left homeless and looking for refuge in Ilir’s small apartment. What was supposed to be a meaningless tryst quickly erupts into a charged romance. However, when Ilir winds up in prison for a minor drug charge, the two men must figure out if their relationship will evolve or decay during their time apart. There is an undeniable chemistry between the two actors, and the pain of separation is palpable. Hors les murs is an emotive reminder of the stasis behind bars.

My Brother the Devil


Set among Hackney council flats, My Brother the Devil follows Egyptian siblings Rashid (James Floyd) and Mo (Fady Elsayed) partaking in and resisting the gangland trade of London, England. With outstanding performances by both lead actors and streamlined directorial skills from screenwriter Sally El Hossaini, it becomes evident early on in the film that My Brother the Devil is a contender for classic status within the canon of queer cinema. Rashid finds material comforts in a life of crime, though he attempts to usher his younger brother away from the criminal element. After witnessing the death of a friend and meeting a photographer named Sayyid (Saïd Taghmaoui of La haine), Rashid is forced to re-examine his life and identity. This process of self-discovery not only creates a chasm between the brothers, it puts them both directly in harm’s way. Beautifully shot and resonant, My Brother the Devil is a phenomenal work. 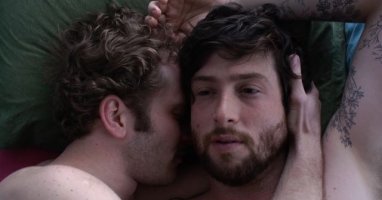