Why do stars leak their own sex tapes? Why do we feel an overwhelming urge to measure our lives in selfies? Why do we know who Snooki and JWoww are? Because, as cult Toronto filmmaker David Cronenberg reminds us in his brutally funny new film, Maps to the Stars, to be seen means to exist. And we’re all so bloody desperate for it.

The 71-year-old director has entertained audiences for nearly four decades with body-horror classics (The Fly, Dead Ringers) and psychological spine-chillers (A History of Violence, Eastern Promises). Now, with this twisted Oedipal tragedy, Tinseltown and its endless supply of neurotics have his undivided attention. With its Vicodin-munching villains, obligatory Robert-Pattinson-limo-sex sequence and greed-enabling ecosystem, the film exudes a distinctly Cronenbergian feel. And after the disappointingly didactic Cosmopolis, it’s great to see the director back in fine form.

Maps to the Stars’s delusional bunch includes Havana Segrand (Julianne Moore at her most hysterical), a filthy-rich, middle-aged actress fighting for the lead role in the remake of a film her late mother once starred in. Havana’s predatory therapist (John Cusack) is the kind of slime ball who tells his miserable, heavily medicated patients that “everything happens for a reason.” The therapist’s preteen son, Benjie (Evan Bird), is a bratty millionaire actor and recovering drug addict. These wealthy narcissists are all clearly beyond salvation, but as one character shrewdly remarks, “that kind of income would fuck up Mother Teresa.” Nightlife.ca chatted with Cronenberg at the Toronto International Film Festival about creative risk-taking, evil twins and that nagging fear actors have of being discarded.

Nightlife.ca: You don’t see the film as an overt attack on Hollywood. How so?
Cronenberg: For one, you could have set it in Silicon Valley or Wall Street – anywhere people are desperate and ambitious. Also, both [writer] Bruce Wagner and I resist the word satire because I think the term has become diminished over time. Most people now just think of it as a nasty, funny critique or attack on something. For me, a satire is really Jonathan Swift’s A Modest Proposal. A very exaggerated, fantastical, vicious attack on something. I think this film is way too realistic to be called a satire.

You’ve talked about how a lot of the directing on Maps to the Stars happened in the casting process. What about Julianne seemed right for the part of Havana, an eternal adolescent?
Well, some of it is very pragmatic. Is the actress the right age? Is she convincing as someone who, at a certain point in her career, was famous and had some success as an actress? She has to have the charisma, the beauty, the presence and all of those things. The fact that [Julianne's] a brilliant actress also doesn’t hurt. And then, of course, you need an actor who understands the script and is not afraid of it, because some actors were afraid of the characters in this script. They’re not sympathetic, and doing a scene like the one where Julianne is sitting on a toilet, some actors just can’t bring themselves to do that. 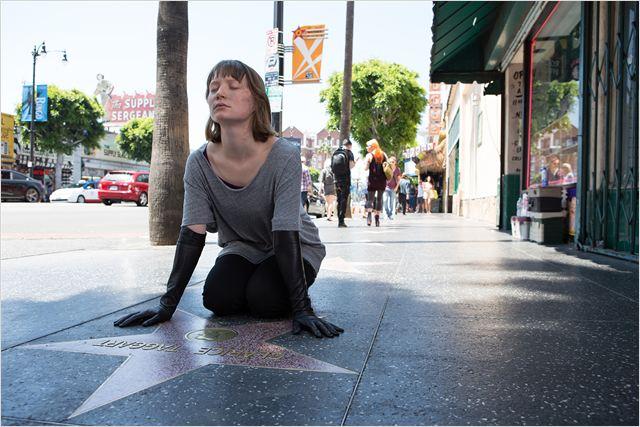 Mia Wasikowska © Les Films Séville
What about the rest of the cast? So much of Maps hinges on real-life actors playing poisonous, fictional ones. Would you consider these characters risky parts to take on?
Actors have to not be afraid, not feel the need to soften the role to make the character a little more attractive or less repellent than they actually are. Some actors have the innate feeling that they should be sympathetic and likeable on screen, unless they’re playing an out-and-out villain. When it’s a more realistic, repellent character, they have trouble with that.

We’ve all heard stories of actors who turn down roles that require nuance and ambiguity. Is that something you’ve often experienced in your career?
Yeah! For example, I went to about 30 of the best actors in the English-speaking world for the roles of the twins in Dead Ringers. Actors whose names you would know, 100%. And they were all afraid to play those characters. You’d think that playing twins is kind of a dream job for an actor – what a beautiful way to display your prowess! The problem was that like in all twin movies, there’s a good twin and an evil twin. But with Dead Ringers, neither one was all good or bad, so I found actors were afraid to play them because they were too close to each other. Actors were afraid that they couldn’t differentiate them properly. Until I found Jeremy Irons, I just came across actors who were really terrified to play those twins. You really have to find an actor who understands and is desperate to do the role. 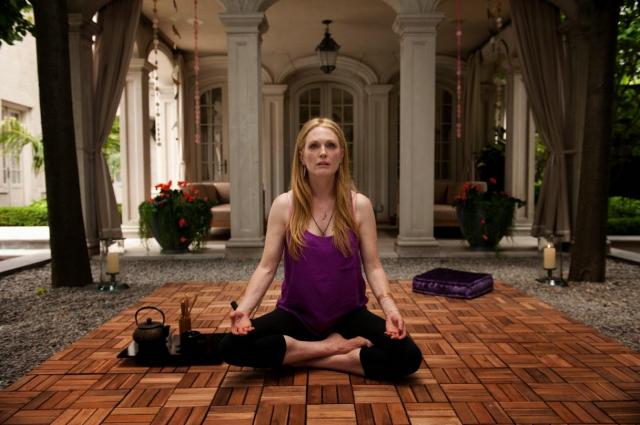 Julianne Moore © Les Films Séville
In Maps to the Stars, Havana is desperate for the role her mother once played. Robert Pattinson’s limo driver is a desperate, aspiring actor type. Would you say desperation is a prerequisite in Hollywood?
I would say that passion is. The desperation comes from the desire to play a unique role an actor has perhaps never played before. They feel that if it slips away and someone else plays it, they will never get that chance to use that particular part of their talent again, and that it would break their heart to see somebody else play that role. It’s very hard what you have to do when you’re an actor and you commit yourself to a role – especially a complex one. You need to have that passion and that feeling that, “I’m the right one,” and “nobody else is going to do it as well as I am.” As a director, you want that.

Benjie, the child actor/monster manipulator/rehab regular is so keenly aware of his bankability. Did you imagine any real-life parallels with today’s young stars?
You think Justin Bieber doesn’t know his net worth?

Maps To The Stars
Now in theatres 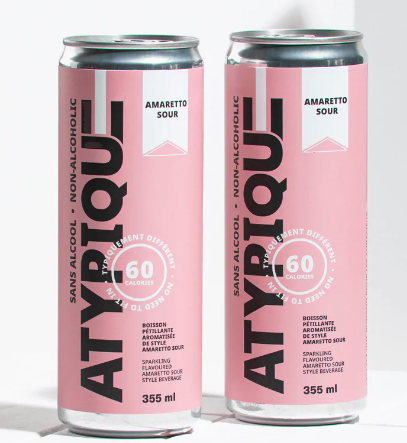 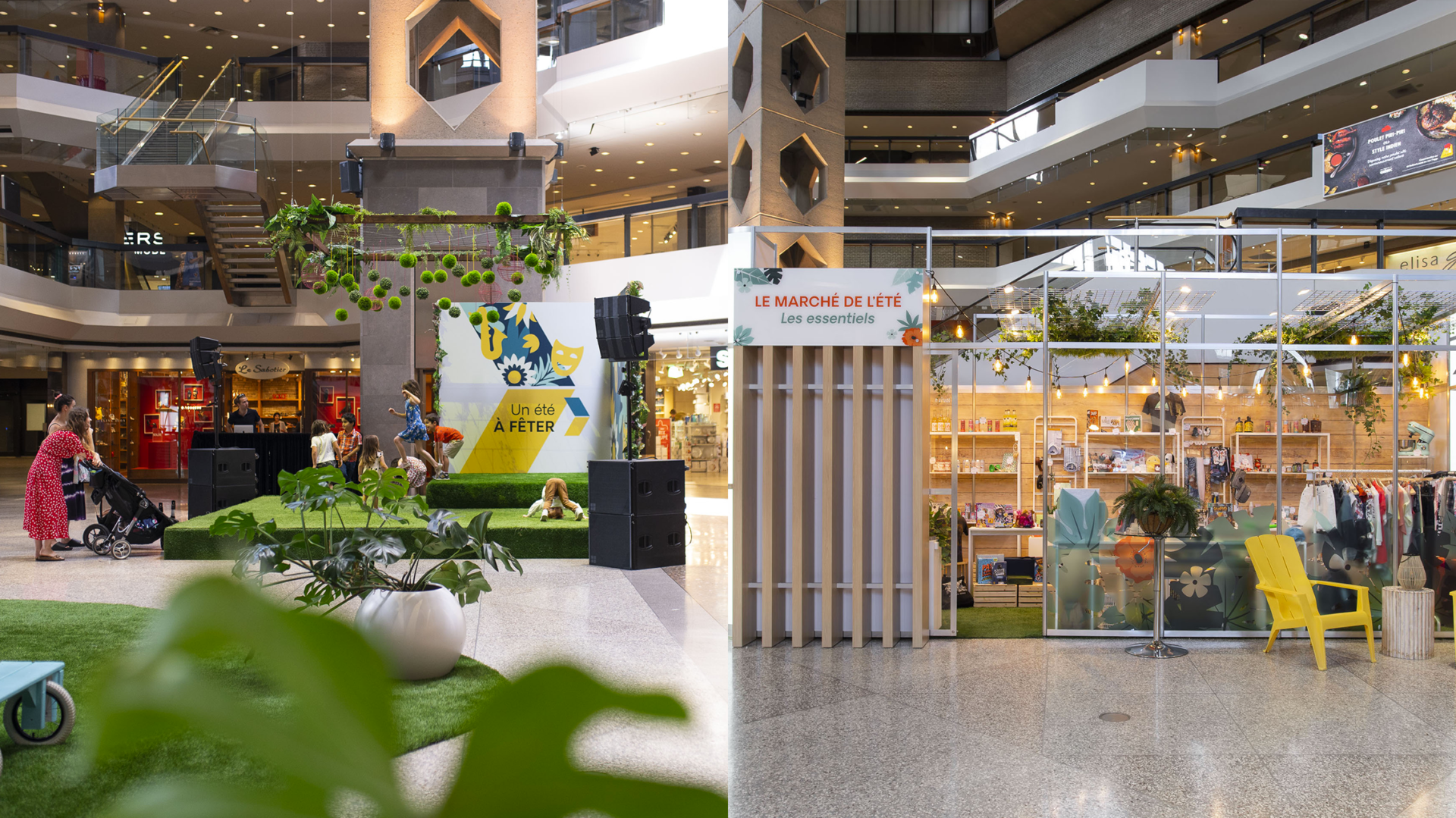